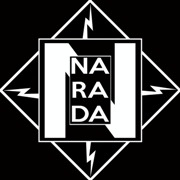 MIAMI IMPULSE (MYSTERY) “Miami Impulse” is an original story by producer-director, Pete Lutz, written for the series in August 2015. Set in 1959 Chicago and Miami, just before the Cuban Revolution, "Miami Impulse" is a tale of one man's adventure, involving the theft of both another man's identity and $150,000 in drug money. Intrigue and encounters with a beautiful Cubaña lead our man down unfamiliar paths. Will he survive? Listen and find out! Narada Radio Company