MESSAGES (SUSPENSE) MATURE AUDIENCE When Stanley Coakley tries to escape a secret, he finds it and murder follow him after a weekend away with messages. Electric Vicuna Productions

A DATE WITH DANA 0

A DATE WITH DANA (SUSPENSE) Artificial intelligence and a blind date.  What could go wrong? 19 Nocturne Boulevard

THE WALKING CORPSE (OLD TIME RADIO) An unfortunate American couple is caught up in a coup by a Banana Republic despot who intends to take over the little island with a horde of zombies. CBS Radio Mystery Theater (Analogue Recording)

IDIOT BOX (SUSPENSE) LANGUAGE In a dark, dystopian near future, reality TV takes a dark turn to boost the ratings, as it becomes apparent that no matter what the public votes, something terrible is going to happen. Yet, all is not quite what it seems. 19 Nocturne Boulevard 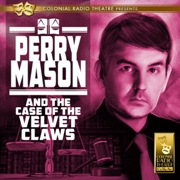 THE WICKED ONES (SUSPENSE) Inspired by the Ray Bradbury classic novel, 'The Wicked Ones' tells the story of two brothers in 1982 sucked into the world of a mysterious traveling carnival.  Featuring the musical theme 'The Carnival Master,' created and performed by Psych-goth. Icebox Radio Theater

NIGHT TERROR: ROADSIDE CASTLE (SUSPENSE) Two American Tourists driving between Aberdeen and Glasgow. The middle of the night. A Rainy Scottish night And the Scottish Moores. Why does this all sound so Familiar?  Darker Projects

THE MAN IN THE CHAIR 0

THE MAN IN THE CHAIR (SUSPENSE) What do you do when the government you thought you knew turns out not to be everything you thought it was?  Night Terrors – Darker Projects

COACH NUMBER 6 (SUSPENSE) Frank has one time a year with his daughter and son to make up being the father he's not. They take an annual trip across Canada on the rail. You never know who you're going to meet on the lonely tracks, even terror and death. Starring David Ault and John Bell.  Electric Vicuna Productions

DIALED IN – EPISODE 7 – STRAW INTO GOLD (SUSPENSE) A princess (Linda Mason) contacts a ghostwriter (Matthew J Boudreau) known for his unusual success to write her story. However, the cost of success may be a little too high for her liking. Featuring Javert Boudreau on Trombone. Directed by Eline Hoskens. Sound Design by Mike de Almeida. Music and editing by Matthew J Boudreau.  Aural Stage Studios

DIALED IN – EPISODE 5 - CONFESSIONS OF A CHAT ROOM ROMEO 0

DIALED IN – EPISODE 4 – JESUS GETS REJECTED 0

THE PASSENGER AND THE RIVER 0

THE PASSENGER AND THE RIVER (SUSPENSE) Two stories, one of menace and one of haunting. On a deserted road in the New Forest, a couple come across a man lying, apparently injured, but things are not as they might have seemed. The second story takes us down to a riverbank; a bereaved lover from a boat accident, the nightmares, the footsteps that seem to come from the water itself. The Wireless Theatre Company

INSOMNIA (SUSPENSE) MATURE THEMES Sydney cannot sleep. On the clock, the minutes seem to go by in slow motion. His mind refuses to shut down. He imagines the doctor’s expression when he gets the test results that show, what? He thinks about the possibility of the worst. In emotional turmoil, he rewinds his life back to her and the terrible mistake that has haunted him ever since.  Midnight Radio Theater

THE MOST DANGEROUS GAME 0

THE MOST DANGEROUS GAME (SUSPENSE) Adapted anew from the short story, a retelling of the story heard in the 1940s on Escape and Suspense! Wealthy big-game hunter Sanger Rainsford falls off his boat in the middle of the Caribbean and finds himself on a curious island. He finds the mansion of General Zaroff, a Cossack who has a taste for the hunt, and will go to any extreme to keep himself entertained. Finalrune Productions

SORRY WRONG NUMBER (SUSPENSE) A bedridden woman accidentally dials a number and is connected to a call between two men who are plotting a murder. She becomes increasingly frantic as time begins to run out for the victim. Finalrune Productions

DISPOSABLE LIFE – (SUSPENSE) When William's corporate job requires him to fire an employee, he realizes how troubled he is by the trappings of a middle class existence. Will a chance meeting with a stranger change his life? Midnight Radio Theatre

THE SUICIDE TAPES – (SUSPENSE) MATURE THEMES Following the death of Dr. Forester, the homicide investigation uncovers a series of audio tapes. In a chilling playback, the Suicide Tapes reveal the other side of madness. Midnight Radio Theatre