DRACULA: A TALE IN BLOOD

A tale of horror in the theater of the mind.

Directed and edited by Tom Konkle.

Special thank you to Vincent Colavitti for sound design, mix and effects. Here's a re-release from the 11th Hour Audio line-up for World Audio Drama Day 2018, one which the Narada Radio Company helped to make: "The Opportunist", written especially for 2018 11th Hour by Steve Schneider. Directed and recorded by Pete Lutz, and edited/mixed by MJ Cogburn of Darker Projects. Music by Ross Bernhardt. The folk song "Knoxville Girl", sung with very little skill by the director, is in the public domain. A small town carnie with big ambitions is spooked and intrigued by the uncanny abilities of a mysterious old man living under the carnival fairgrounds. Requirements: Theme: The Supernatural (This CAN take place in the future provided our current, modern day isn’t mentioned; i.e., the internet, politics, etc. A good example is to look at the original Twilight Zone and take inspiration from there.)

All winners will be notified one week after the contest is over.

Find out more at Originally released on the Mutual Audio Network in October 2021, this is the 4th of five new episodes produced by 63audio for the month-long Transcontinental Terror audio series.

In "The Uncooperative Corpse", a body brought to a city morgue causes trouble for everyone who comes in contact. Is he still alive, or does he just have unfinished business? Written, directed and produced by Pete Lutz. NARADA RADIO COMPANY Originally released on the Mutual Audio Network in October 2021, this is the first of five new episodes produced by 63audio for the month-long Transcontinental Terror audio series.

Phobias Unlimited, set in an alternate universe, tells the story of Hazel, a woman who has better luck with cats than with men. She discovers "Phobias Unlimited", a business providing a unique service that exploits a person's special fear -- but we don't want to give too much away! Written and produced by Rachel Pulliam by special arrangement with The Cellar's regular producer, her play was a Second-Place winner in the 2019 Cellar Script-Writing Competition.

The Cellar mini-series will re-release all 5 episodes weekly on Fridays until November 26th. Next up: "How to Shed 180 Pounds". Haunted by a tragic incident from the past, Angela reminisces about a grade school friend and a series of ghostly visitations that have plagued her since childhood. 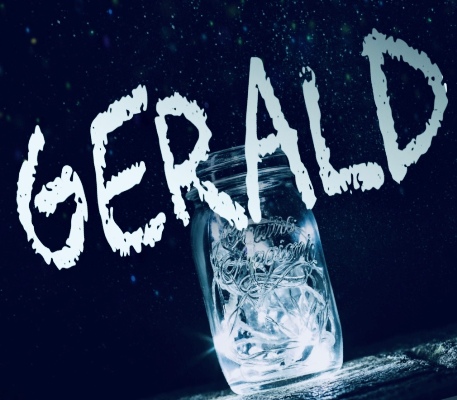 GERALD (HORROR) Amid an atmosphere of growing hysteria, a small town Minister is determined to get to the bottom of a series of unspeakable crimes just as his young son, Gerald, comes under the influence of a not-so imaginary friend. From the audio play by Bill Gray. Adapted by John Ballentine. Produced and Directed by Kevin Hartnell and John Ballentine.

"The Woman at Loon Point", adapted from a story by August W. Derleth and Mark Schorer

Welcome to the eleventh number in our continuing horror/suspense anthology series! Our stories are either original, or inspired by, or adapted from pulp fiction and classic literature, but they're guaranteed all-new productions, and no repeats from other series.

We proudly present "The Woman at Loon Point", adapted by our director Pete Lutz, from a pulp-fiction story that ran in Weird Tales magazine -- a story that asks the question, "Is it safe to date a werewolf's sister?" Listen and find out, and ENJOY, my friends!

THE CELLAR Episode 9 - THE SHADOW ON THE SCREEN 0 We proudly present "The Shadow on the Screen", adapted by director Pete Lutz, from a pulp-fiction story by Henry Kuttner -- An up-and-coming Hollywood horror-film director wants to buck studio rules and make a true masterpiece of horror, so he seeks guidance from a shunned master of the craft -- with somewhat gruesome results! ENJOY, my friends! Do you dare to go down into...THE CELLAR?"

Welcome to the eighth number in our continuing horror/suspense anthology series! We proudly present "Skulls in the Stars", adapted by our director Pete Lutz, from a pulp-fiction story by Robert E. Howard -- Solomon Kane wanders the swamps and moors of old England and meets up with an evil entity -- but can he defeat it before it defeats him? ENJOY, my friends!

Cast in Order of Appearance:

CROWD: All Cast including John Bell Welcome to episode six of our continuing horror/suspense anthology series, "The Defense Rests", adapted by our director/producer Pete Lutz, from a 1938 pulp-fiction story by Julius Long. Joanna Sanders is a ruthless defense attorney who will stop at nothing to get her clients acquitted, until one day she suddenly finds herself unable to do a thing in the aftermath of a particular murder.

Zoe Jenkins as THE BAILIFF and THE BYSTANDER

Teddi Giggy as THE JUDGE

Merilee Robinson as THE FOREWOMAN OF THE JURY

Sound effects created by Pete Lutz, and/or acquired from freesound.org and/or the Public Domain

Music passages from the following compositions by Kevin MacLeod of incompetech.com: A woman moves into an old house with her husband and their teenage daughter. All seems pleasant at first until the mysterious presence of a red-haired girl starts to unnerve them. (OLD SOULS AUDIO)

CAST:
Geri Elliff as Julia
Delaney Brittingham as Bessie
Tanja Milojevic as Jane
Nancy Bueler as The Cook
Chuck Wilson as Thomas
Jackie Ayers as The Ghost and The Nurse
Produced and directed by Rachel Pulliam of Old Souls Audio. Adapted by Pete Lutz from a story by S Baring-Gould. The music was by Joe Hahnenfeld. The play was produced especially for the 2020 Transcontinental Terror series on Mutual Audio Network.
REMINISCE WITH ME 0 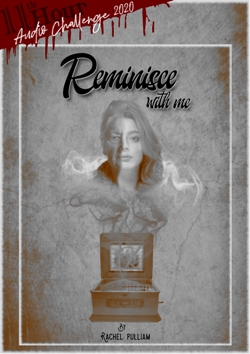 REMINISCE WITH ME (HORROR) A compassionate activity specialist at a Memory Care Center grows concerned when her favorite resident, a former children’s author, begins acting erratic towards her but not to her new quirky and mysterious co-worker. This production is a collaborative project with Bell’s in the Batfry, Darker Projects, Dayton Writers Movement, Firewall Theatre, Narada Radio Company, and Old Souls Audio.

Featuring the voice talents of COLETTE FEEHAN as Melinda, KARIM KRONFLI as Eli, HANNAH MAUVIS as the Little girl, DELANEY BRITTINGHAM as The Sister, ERICA ALLSEITZ as Rose, MARGARET ASHLEY as Gabrielle, THEA SOLONE as the Standard Error Recording, PETE LUTZ as Emerson Campbell,  JOHN BELL as the Announcer.

THE THING ON THE GROUND FLOOR - Part 2 0 THE THING ON THE GROUND FLOOR PART TWO (HORROR)

On October 31st 2019, the taping of a law enforcement reality show went terribly wrong as an unspeakable terror was unleashed on an unsuspecting film crew. The concluding chapter of the legendary Talbert Building Incident. CAMPFIRE RADIO THEATER THE CELLAR #4: The Evil Twin (HORROR)

THE CELLAR series continues with Episode 4,  "The Evil Twin" by R. Anthony, one of several pen names for pulp-fiction writer Anthony M. Rud, adapted by Pete Lutz. It concerns a prominent doctor and surgeon, treating a young man who is...more than he seems. Enjoy! NARADA RADIO COMPANY

Sound effects from freesound dot org and the public domain

"The Cellar" was conceived, produced and directed by Pete Lutz, and stars the Narada Radio Company. This is a 63audio production, mixed and mastered in Corpus Christi, Texas. THE THING ON THE GROUND FLOOR – Part 1 0 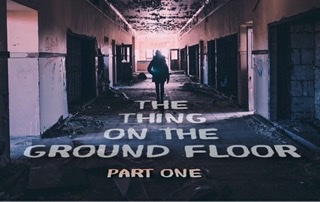 THE THING ON THE GROUND FLOOR – Part 1 (HORROR) On October 31, 2019, the taping of a law enforcement reality show went terribly wrong as an unspeakable terror was unleashed on an unsuspecting film crew. We have the found footage “lost” tape of the legendary Talbert Building Incident. CAMPFIRE RADIO THEATER

WHAT THE CAT DRAGGED IN 0 WHAT THE CAT DRAGGED IN (HORROR)

Created originally for the Mutual Audio Network's Transcontinental Terror 2020, this is 63audio's first of three special presentations for this year, entitled "What the Cat Dragged In", written by Will Anderson and Pete Lutz.  NARADA RADIO COMPANY

Delaney Brittingham as THE LITTLE GIRL

Rachel Pulliam as OFFICER GARRITY and

Ryo-Ohki and Olive as THE CAT

Our theme was "Private Reflection" by Kevin MacLeod, obtained under an Attribution Creative Commons License.

THE CELLAR #3: The Horror From the Mound 0